You can help make Watsonville a cooler place to live by adopting a shade tree and planting it within 10 feet of the sidewalk or street.

The main goal of our free shade tree adoption program, Shade Watsonville, is to get more shade trees planted near sidewalks and streets. As mentioned in our About This Project tab Watsonville has a low canopy cover of only 7%. (Only 7% of our ground is covered by the shade of a tree). This is a problem because as the climate crisis continues to worsen there will be more heatwaves. Cities tend to be warmer than rural areas because of concrete, black roofs, tall buildings, and a lack of trees. This is known as the Heat Island Effect. Trees can help reduce the heat island effect by shading out concrete and preventing it from absorbing as much heat from the sun and through evapotranspiration. Evapotranspiration is the combination of water that evaporates from the soil and the water released through the leaves of plants when they take in CO2. The water vapor that is released helps to cool the temperature of the air around the plant. Shade and evapotranspiration can cool a city by 2–9°F in peak summer temperatures. 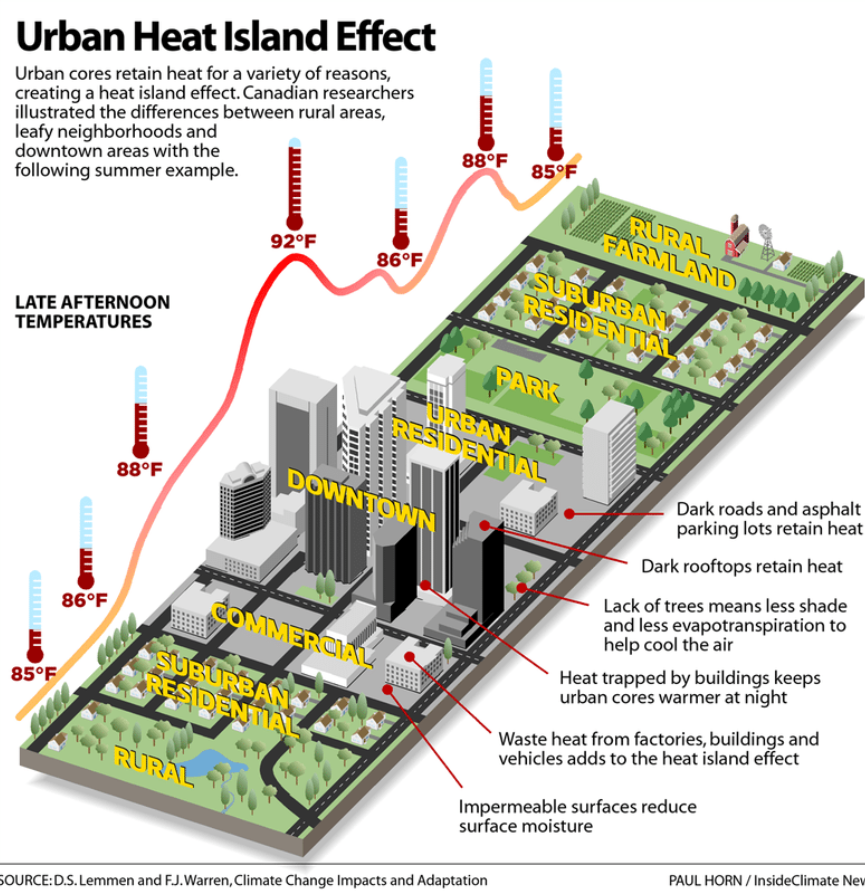 Handouts in the Tree Care Folder

If you adopted a tree from us and you have lost the handouts in your folder you can find virtual copies by clicking the links below.

If you have not planted your tree yet be sure to watch the video and read the information on our Planting a Tree tab.